1. KEEP YOUR OPTIONS—AND DOORS—OPEN: The Americans with Disabilities Act (ADA) is designed to prohibit discrimination and ensure equal opportunity for people with disabilities. In effect since 1991, it’s undergone updates, affecting most commercial real estate in some fashion. In fact, all commercial spaces used by the public – as well as many employee-use areas – are required by law to comply with ADA regulations. An important change is the number of accessible entrances required has been increased to 60 percent of the available entrances, which means a location with two entrances now needs both entrances to be accessible rather than just one.

2. CHOICE SEATING: Among those most affected by the recent changes are retail establishments, especially those with multiple public areas, and locations such as hotels, bank branches, restaurants and retail chains. For example, accessible seating must be dispersed throughout the seating area of an entire restaurant rather than concentrated in just one area. Restaurants that aren’t aware of these changes run major risk of lawsuits and penalties.

3. LOSING “GRANDFATHER” STATUS: Between 2007 and 2014, the amount of ADA charges doubled from $54.5 million to $109.17 million, with 3,190 suits filed in 2007 compared to 5,347 suits in 2014. But some retailers may assume – incorrectly – they are already covered due to “grandfathering” rules. Any development or remodeling completed using the previous 1991 ADA standards before the new changes became effective March 15, 2012 will be grandfathered as compliant with the ADA. However, if any element that meets the 1991 requirements is altered, it must then meet the newer standards, and the “safe harbor” no longer applies.

4. EQUIPMENT WITHIN REACH: Changes in ADA side reach ranges will have impacts on sales floors, restrooms, service counters, teller counters and other public-facing areas. In fact, one of the most common ADA non-compliant violations involves lack of equal access for individuals with disabilities across a large retail portfolio of stores and/or kiosk locations, such as bank ATMs. The reach range of equipment in accessible areas has been reduced to be no higher than 48 inches (compared to 54 inches previously) and no lower than 15 inches (instead of nine inches before). These tolerances and other dimension requirements must be carefully considered in new designs to assure smooth traffic flow in retail and other public areas.

5. EQUAL RIGHTS FOR EMPLOYEES: Similar to customer-facing areas, employee work areas greater than 1,000 square feet are now also required to provide accessible circulation routes. This means it’s just as important to consider ADA update efforts for employees as well as customers. The number of overall claims for ADA violations for mental disabilities such as anxiety, manic-depressive, post-traumatic and other psychological disorders rose almost 225 percent between 2007 and 2012, from 1,585 to 3,555. Settlement values of these claims jumped 313 percent during the same period, from $4.3 to $13.5 million. Dollar settlements for physical disability ADA non-compliance claims increased even more sharply during the same 2007-2012 period, surging 238 percent from $34 to $82 million. So consider everyone affected by these necessary changes. 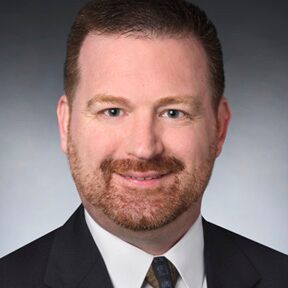