The proclivity for low prices doesn’t exactly mean that shoppers will be tightening their purse strings this year. While most shoppers will once again spend less than $500 on back-to-school items this year, the share of shoppers spending between $100-$500 rose year-over-year from 63 percent in 2015 to 75 percent this year.

“This year, we found that consumer income seems to have little effect on their budgets or behavior when it comes to back-to-school shopping. The top four shopping destinations were consistent across income groups,” added Holly Rome, Director of National Leasing for JLL Retail.

Back-to-school shopping tends to fall in four broad categories. Easily the one that will garner the most spend is apparel, with just over half of all shoppers selecting that as their top category. Supplies and books ranked second and third respectively while, consistent with budget expectations, electronics ranked fourth. 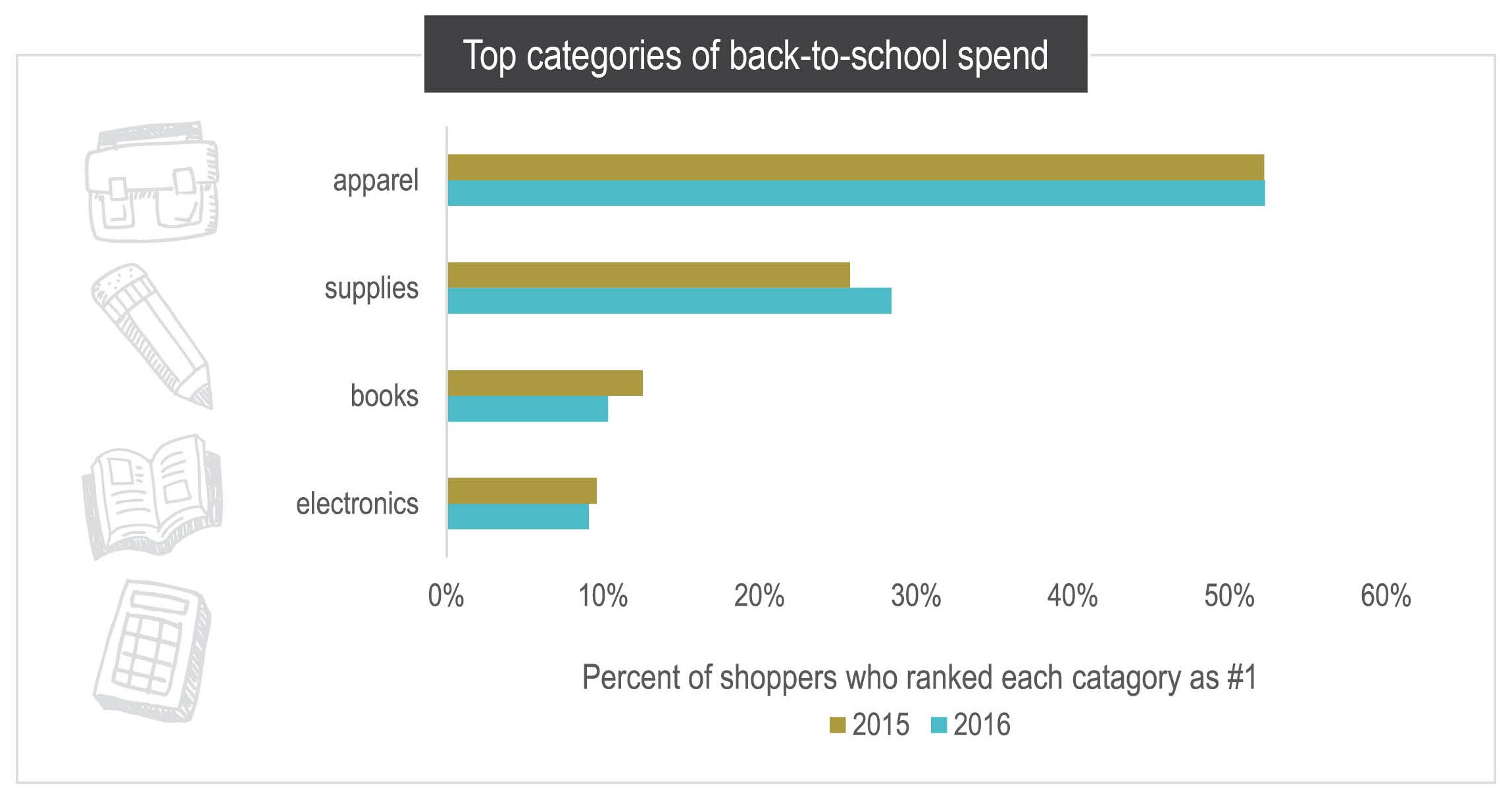 Consumers were pretty evenly split between department stores (54.3 percent) and superstores (51.3 percent) for their top apparel purchasing locations. Roughly one-third of shoppers said they would do some of their clothes shopping at specialty apparel stores and the top brand choices are representative of their desire for low price points, with Old Navy, Ross Dress for Less, The Children’s Place and American Eagle leading the way.

As for supplies, superstores are set to run-away with the category as 85 percent of shoppers indicate they will shop for supplies at these retailers.

Learn more about consumers budgets and behaviors, the top stores across income levels and the role online plays in back-to-school shopping by downloading the full report.